MAYOR KEVIN COLE. He will take Pearland where we need to go! 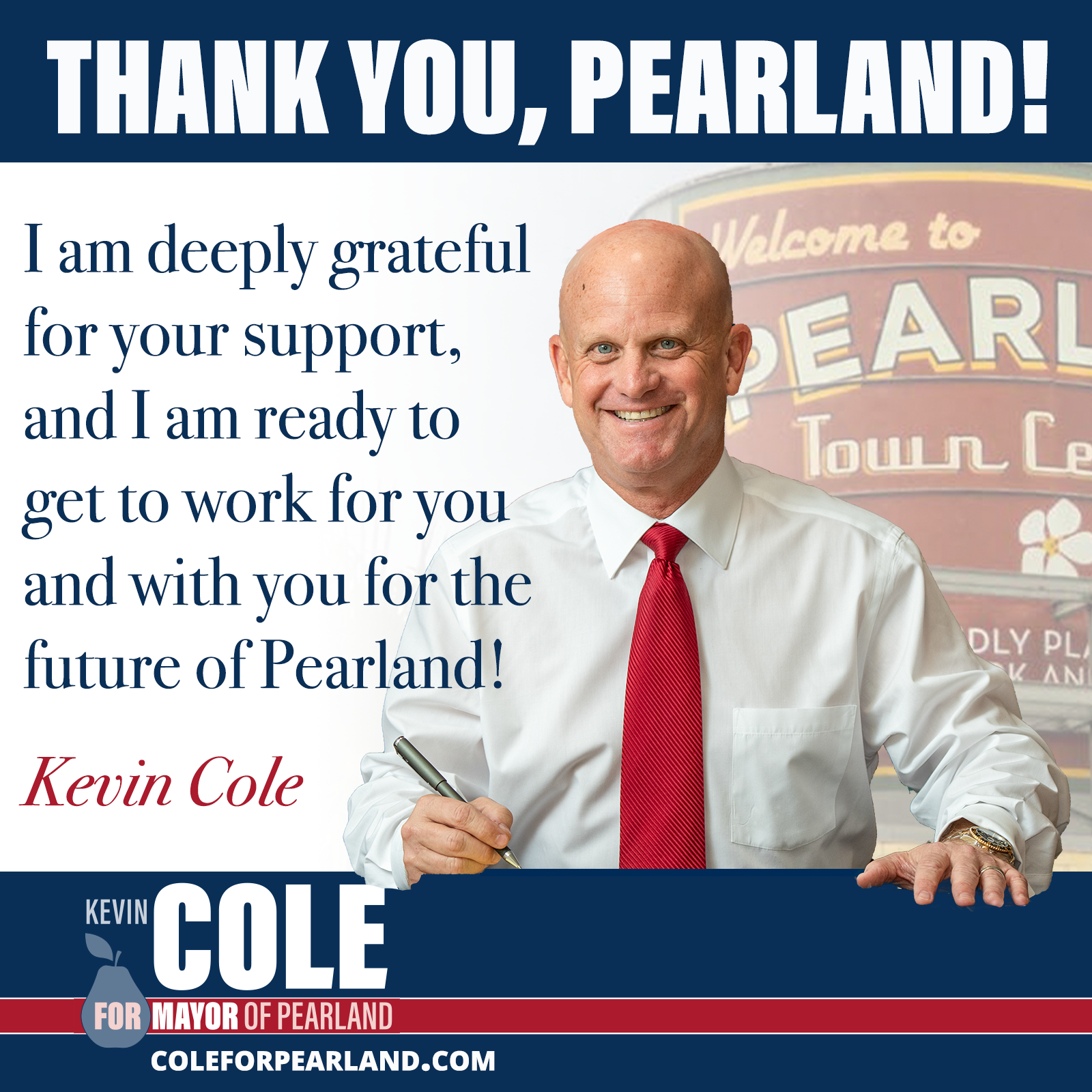 Meet Kevin Cole. For over 25 years, he has been actively engaged in politics and issues concerning our city. His background in business and desire to be a champion for the city. He was elected Mayor of Pearland on November 3, 2020.

Kevin Cole moved to Pearland in 1977 and began serving this great city as a member of the Pearland Planning and Zoning Commission in 1994. He was elected to Pearland’s City Council serving from 1995-1998 and again from 2004-2010..

A Champion for Pearland

As a Principal of Cove Matrix Development, Kevin offers his expertise in property development, providing ideas and support to area elected officials as well as consulting services.

Over the past 20 years, Kevin has developed or consulted on the creation of 6500 residential lots in the Greater Houston Area, resulting in $1.7B in private capital investment.

Kevin and his wife, Lisa, have raised four children in Pearland - all live in Pearland and are starting families of their own. They have 8 grandchildren and another on the way. Kevin and Lisa are active members of Crosspoint Church.